Solar Orbiter: the multi-instruments space mission to the Sun

The Solar Orbiter mission is a M-class ESA mission from the COSMIC Vision Program, launched successfully on February 2020. Following the commissioning during spring 2020, all instruments are now working nominally. The cruise phase of the mission will extend until the end of 2021, and with the recently added telemetry, provides an opportunity to analyse the first datasets and prepare the nominal phase of the mission.

Exploitation of the ESA Solar Orbiter mission will shape the activity of the international heliophysics community for the years to come. Its success will depend on our ability to combine in situ and remote sensing data. This school, principally targeting PhD students and early-career researchers, will provide training to young scientists in using the extremely various datasets and the tools specifically developed to analyze them. The school is organized by the French community but is open to anyone.

While we are still expecting the school to happen physically, we are still limited by the evolution of the pandemic.

Currently, the school is still open, but limited to only 39 participants on site and a negative COVID test no older than 72h is requested upon arrival. The situation may likely be the same in April. If the situation evolves, any updates will be put on the website.

Solar Orbiter is a European Space Agency mission, launched in February 2020 and currently on its journey to the Sun. Its mission is to solve the many mysteries of our star, from the origin of the solar wind that fills space, to the generation and variability of the solar magnetic field, and will address the central question of heliophysics: how does the Sun create and control the heliosphere?

The heliosphere is the domain of influence of the Sun and encompasses the space where the planets of the solar system can be found. Populated by particles and magnetic fields emanating from the Sun, it provides a medium where fundamental physical processes common to solar, astrophysical and laboratory plasmas can be investigated. The Sun’s variability is expressed partly by the long-term solar activity cycle of about 11 years. Its understanding lies in how the magnetic field is generated and behaves in the inner layers of the Sun. On the other hand, the magnetic field evolves also on a shorter time scale, such as solar flares, which can send energetic particles and magnetized clouds in the interplanetary medium. These events may affect technologies used on Earth like the GPS. The Solar Orbiter mission, by scanning the Sun and the solar wind in its smallest details, will allow us to understand the variations of the heliosphere and their effects on the terrestrial environment.

The probe transports a series of ten remote-sensing and in situ instruments with the goal to bridge the gap between multi-wavelengths and magnetic observations of the Sun, its corona and the heliosphere, and direct measurements of the solar wind plasma, fields, waves and energetic particles (details of each instrument capability are given below in the list of tutorials). Because of the unique scientific capabilities this mission will provide, and its unique vantage points (up to 0.28 AU in distance, and with orbits out of the ecliptic plane), we expect to make major breakthroughs in understanding how the solar activity drives the inner solar system. The first observations obtained during the commissioning are very promising and in line with the expected performances of the instruments.

The goal of the present workshop, proposed by the French solar and heliospheric community, is to invite the young members of the international community and train them in accessing and analyzing the complete datasets the mission will provide and in using the numerous tools developed. This will allow them to combine the remote-sensing observations and the in situ measurements, and to use the numerical tools (e.g. magnetic field reconstruction, numerical simulations) developed internationally and that are fundamental in providing a scientific insight to the Solar Orbiter data.

We believe that such a workshop will prove invaluable in preparing the long-term scientific program of the mission, as well as augmenting the scientific return of this unique opportunity to explore the link between the Sun and the heliosphere. 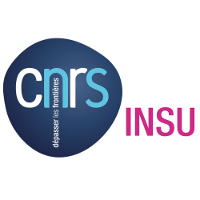