A new regime of sound attenuation in a superfluid

Sound waves are ubiquitous in physics, in particular in the macroscopic quantum world where all superfluids of neutral particles have an acoustic excitation branch. Sound waves are in this case composed of particles named phonons. At low temperature phonons are the only microscopic degrees of freedom of the superfluid, and the understanding of the phonon dynamics and their interactions is a crucial step in the understanding of the system properties, including transport phenomena, temperature dependent viscosity, attenuation of sound and macroscopic quantum coherence.

We can distinguish two types of superfluids depending on whether the phonon excitation branch bends upwards or downwards for increasing momentum. For upward bending, dominant interactions among phonons at low temperature are 3-phonon processes. This is the case for atomic Bose-Einstein condensates and superfluid liquid helium at standard pressure. The attenuation of sound in this kind of superfluid was calculated by Beliaev and Landau and it was already measured in experiments. For downward bending, phonon interactions occur mainly via 4-phonon processes as understood by Landau and Khalatnikov in 1949. However the attenuation of sound has not been calculated for almost 70 years as this case was seen as exotic.

A collaboration between two groups of LKB has led to the first quantitative prediction of the attenuation of sound in the downward bending case. The effect, that has not yet been investigated experimentally, may be disclosed for the first time in two systems available at Laboratoire Kastler Brossel: liquid helium under pressure and strongly interacting pair-condensed Fermi gases. This would open a new era in the exploration of low-temperature dynamics of macroscopically coherent quantum many-body systems. 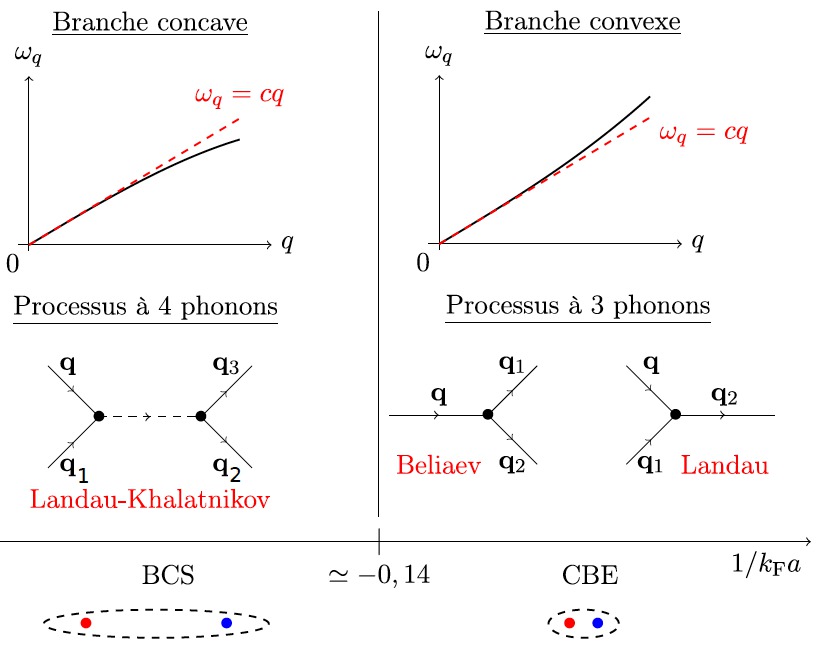 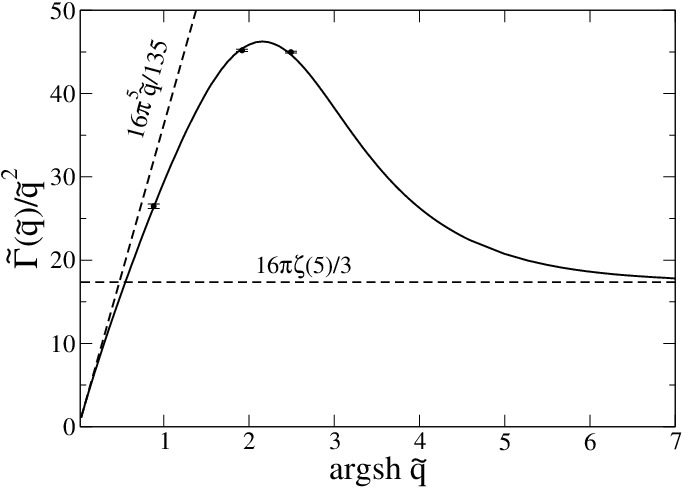 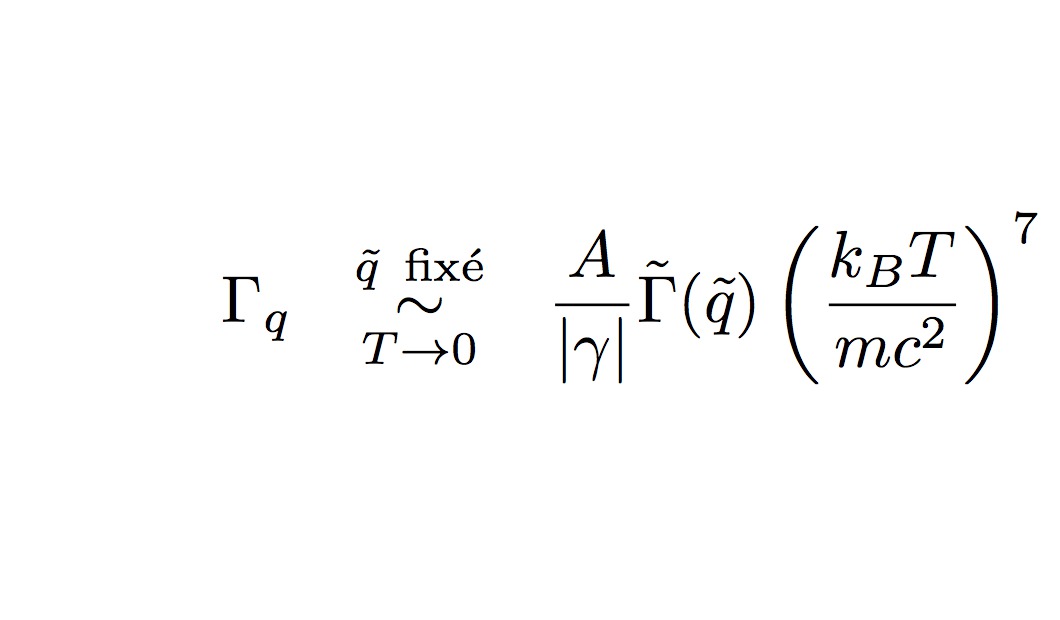 We predict that the Landau-Khalatnikov damping rate Γq of a phonon in a superfluid tends to zero as the seventh power of the temperature, see the expression on the left part of the figure, with a prefactor: (I) a constant A known function of the system state equation, (ii) in the denominator the curvature parameter γ <0 of the dispersion relation such that ωq = cq [1+ (γ / 8) (ℏq (Q4)], (iii) a universal function of q ~ = ℏcq / kBT represented on the right-hand side of the figure (after a change of hyperbolic variable and a division by q ~ 2). Here m is the mass of a particle and c is the velocity of sound in the superfluid. On the graph, the points with an error bar result from a numerical calculation.